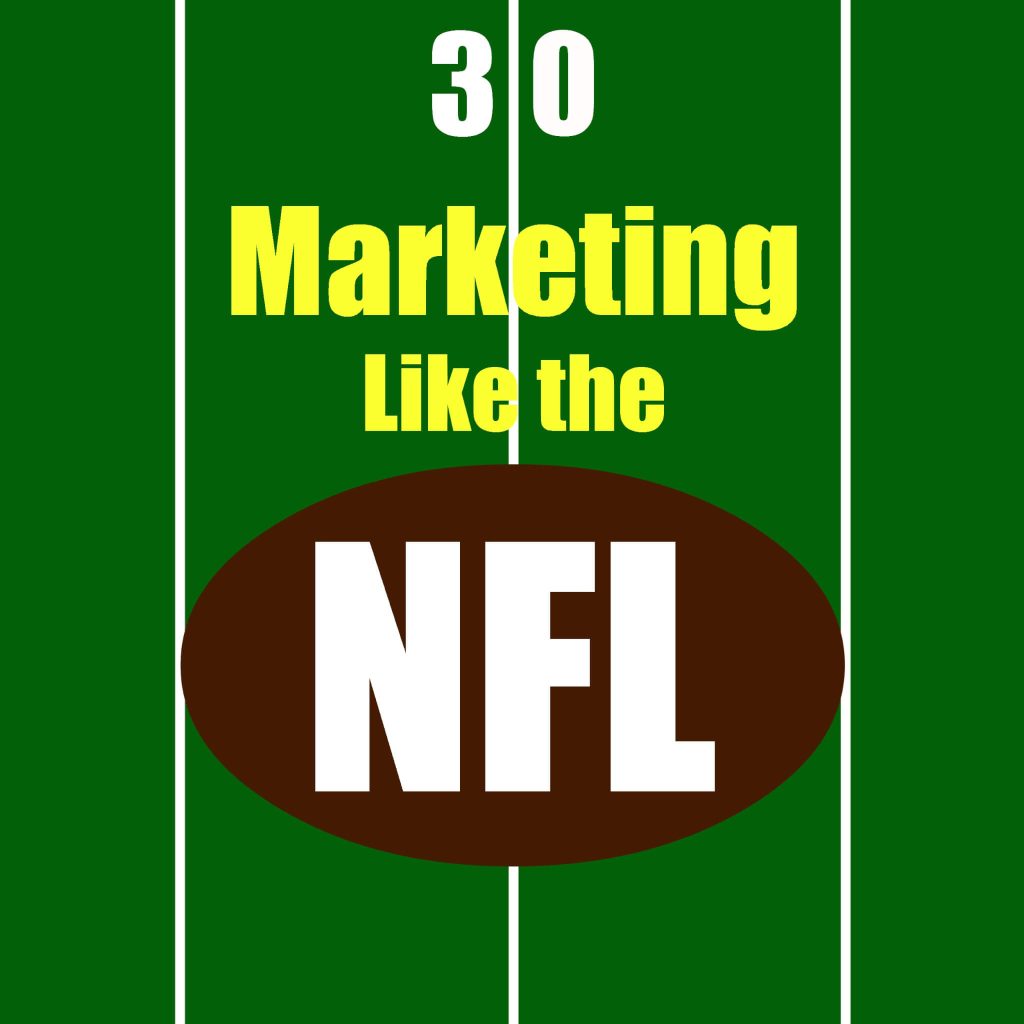 It’s no secret that Americans love football. Last year, more than 108 million people tuned in to see the Ravens beat the 49ers in Superbowl XLVII.

The year before that, a record-breaking 111 million people watched the game (that’s the equivalent of more than 1400 New Orleans Superdomes completely packed with fans).

Football is a big deal and, for the past 90 years, you can’t think about it without thinking of the National Football League.

The NFL gets top marks for being one of the best marketers of all time. Think about it. What other company makes billions of dollars no matter how happy (or upset) their customers are? What other company has practically invented a holiday (Superbowl Sunday) that even non-customers participate in? Name another company that causes fans to become as involved as the ones playing fantasy football.

The NFL accomplishes all this by selling, not a product, but an experience.

How can you learn from this marketing giant and get your own fanatic success for your small business? Well, it’s easier than you think.

You may not have billions of dollars or the notoriety that comes from a celebrity roster, but the general principles behind the NFL’s marketing strategies can work for anyone…provided you can recognize the opportunity when you see it. Marketing like the NFL could be your company’s ticket to an award-winning year.

Don’t Make People Sick of You

Most businesses/marketers come from the “bigger is better” philosophy: that there’s no such thing as too much press. But if every commercial break was filled with only ads for the Ford F-150, it would all start to seem like white noise.

Football season only lasts for a few months out of the year, which means that, by the time September rolls around, the audience can’t wait to get back in front of the TV.

To be honest, there’s no reasonable expectation that your small business is going to be even half as large as the NFL. And that’s okay. (At least that’s what we tell ourselves so we can sleep at night.) But it is possible for you to market too much in your own way.

If you have a blog, limit your posts to no more than 2-3 a week. If you offer any seasonal products or services (eggnog lattes during December or discounted roofing services during Florida hurricane season), keep them within that season.

Offering “limited time only” deals builds hype, which makes people act. If you know that deal or that product won’t be around forever, you’ll be more likely to jump on it.

For die-hard football fans, simply watching the game isn’t enough. Turn on ESPN the day of a big game (or anytime during football season) and you’ll likely see a panel of former players and coaches discussing the game.

Before the first game, these experts review the players’ stats, injuries, and past successes and failures. They make predictions about the outcome of the game. They make suggestions to the coaches and players about how to win. And the fans love every minute of it.

Similarly, you can analyze your own business…in the form of a blog. Customers and fans alike need experts who eat, sleep, and breathe football (or plumbing, or home repair, or finances) to keep them informed. Just as you simply don’t have the time to keep up with every players’ passing yards, your customers don’t have the time to research “best practices for maintaining a garbage disposal.”

Put your knowledge to work and start a blog. Even if your potential customers aren’t looking to buy right now, the next time they need a new sink installed, or drywall repaired, or an IRA opened, you’ll be the expert that comes to mind.

Fantasy football is a $70 billion industry, so it would be a huge mistake to ignore that fan base. Fantasy leagues are not only a lot of fun for the participants, they are a great way to turn even the most casual football watcher into a huge fan.

You join a league to learn more about football, or embrace the office culture. It’s a fun way to spend time with your significant other or simply win some money. Keeping up with your fantasy team means watching more games; and watching more games makes the NFL very happy.

Instead of marketing to “customers,” focus on “fans.” A customer simply uses your product; a fan loves it. Creating a “fan club” for your business–whether it’s an official program or not–flips the script a little bit: you start seeing your customers as fans, they start seeing your business as something to root for.

Another artisan coffee shop gives out loyalty cards that give you a free drink after you buy 10 (we go all the time).

Other companies hold online contests to give free items to their Twitter followers and Facebook friends when they say something great about them online.

The only caveat to this is that you have to have a great product, but you already accomplished that, didn’t you?

The NFL has nearly 100 years of red-blooded, American, football-loving history, so don’t expect a billion dollars overnight, but there are still a few ways you can use their strategic plays to score your own business touchdown.

Clarity Creative Group is a web design & internet marketing company located in beautiful Orlando, Florida. We’re sad that the Packers and the Dolphins aren’t in the Superbowl this year, but we’ll watch anyway! (Go, Broncos!)