Imagine for a minute that you’re scrolling through your e-mail inbox, and you come across a message from an old pal. You’re curious about the subject of the message, and eager to rekindle the relationship, because you’ve heard through the grapevine that this college buddy of yours has started a business that would greatly benefit your life. Your eyes stray over to the subject line and you see: “This Exciting Business Opurtunity for you…” Your heart sinks. Then you read the message.

hey old friend,,, i just want to tell you about an Exciting New buisness Oppurtuinty….             i know you have been working hard on you’re networking skills for a Long wile and are probably want to here more about what i can help…did you know that milions of people….

If you’re anything like me, you tuned out after the first misspelled word and never bothered to trudge through the rest.

This was purposely written to be terrible, but maybe you recognize a friend or co-worker’s “writing style” (for lack of a better term) in this example. Maybe you see a bit of yourself. Maybe (oh, the horrors!) you think nothing’s wrong with it.

Unfortunately, there’s no way that reading a single blog post can undo all of the bad habits you’ve gotten used to over the years. And we won’t be able to give you an entire English degree in only 1,600 words.

In fact, if you’re even half as bad as the example above, you should hire a professional to handle your copywriting. But there are limits to how much others can help you.

Even the most attentive marketing company probably won’t be able to clean up or compose every tweet for you. That’s why—in order to protect your reputation as a professional—you need to brush up on some of your language skills.

Don’t worry, we’re not going to discuss past participles or gerunds or any of the things that put you to sleep in high school. In fact, many of the rules you break with impunity are either totally outdated (split as many infinitives as you want) or too fussy to bother with (most customers won’t care if you use “lie” over “lay”). You just need to have a good foundation of how to build your company’s fan base over e-mail , a blog, or social media campaigns. Let’s get started!

This is easier than it looks. The apostrophe in the middle of the word “you’re” is replacing the letter “A” in the phrase “you are.” So unless you mean to say “you are,” use the word “your.”

The word “there” is a good workhorse, but it was never meant to work this hard. Many people have the tendency to use the word “there” in place of either one of its homonyms (that’s a word that sounds exactly the same as another word, but has a different meaning). “Their” is used to show possession (“Their grammar is terrible!”), while “they’re” is short for “they are.” (“They’re learning to write English like a pro!”). Otherwise, you can use “there.” (“Look over there! A grammar Nazi!”)

I’ll admit it, this one gets me every time. “It’s” is short for “it is.” “Its” is used when something belongs to it. (“Its sleeves are just too long!”) Chances are, most average people won’t notice if you get this one wrong.

You have probably been conditioned to think that “me” is always wrong, but that’s not the case. And chances are, you already know how to use these correctly, it just gets a little confusing at times. Luckily, there’s an easy fix. “Give it to Billy and I” may sound proper, but just take Billy out of the equation for a second. “Give it to I” is disgustingly wrong. “Give it to Billy and me” is actually correct.

The only difference is a single letter, but it changes the entire definition. Use “then” when talking about sequential events (“I read the blog post, then I knew how to write a better sentence!”) and “than” when making a comparison (“I’m a better writer than you now”).

Because an apostrophe (this mark: ‘) usually shows up next to the letter “S,” it is easy to think of them as belonging at the end of any word ending with that letter. But apostrophes are used for a very specific purpose: to show possession or to replace an unpronounced letter. You can say “That tomato’s leaves are being eaten by worms” because it shows possession. The leaves belong to the tomato. You can also say “This tomato’s delicious!” because “tomato’s” is short for “tomato is.”

You cannot, however, say “Come try our delicious tomato’s!” In this case, they are talking about multiple tomatoes and should use the plural version of the word, which has no apostrophe. (“Tomatoes” in case you’re wondering.)

Periods are used to end sentences and to create abbreviations, such as “Mr.” and “Ms.” Unlike commas, however, you can use more than one period at a time…provided you do it correctly.

This type of punctuation is called an “ellipsis” and it looks like three periods in a row. In professional circles, it is used to indicate that you omitted words from a quote, but it has many casual uses as well. Maybe you want to create some suspense about an upcoming phrase, or maybe you just want your sentence to trail off….

However you use it, it is important to note than ellipses should be used sparingly, and they cannot be used in place of a period. It is also important to note that you will not use any other punctuation marks unless your ellipsis comes at the end of your sentence. In this case, you will then place a period (or exclamation point, or question mark) after the ellipsis (as I did in the example above).

You may have learned in school that it is proper to have one space between all words in a sentence and two spaces between two sentences. Well, if this is your rule of thumb, you already know more about grammar than our fictitious college pal up there. But you’re also wrong.

No, your reputation won’t fall apart if there are two spaces between your sentences (and if it’s too hard to break that habit, don’t worry about it), but modern rules on spacing have changed to include only one space in between sentences. It’s difficult to get used to at first, but so much cleaner.

The following words should start with a capital letter: the first word in a sentence, proper nouns (cities, names, companies, etc.), and the word “I” (but not the word, “me,” oddly enough). This is by no means a complete list, but if you can get these basics down, you’ll have a good foundation for your business communication. Capitalization should not be used to create emphasis on a certain word. Let your words speak for themselves without the parlor tricks.

In English, verbs change depending on the subject of the sentence. You would say “I write well,” but “she writes well.” This is easy to keep track of in smaller sentences, but longer sentences can be confusing. Break your sentence down to its core to make sure your nouns and verbs agree with each other.

Ah, good ol’ spell check! It’s saved many a high school paper from a bad grade. But a surprising number of people don’t bother paying attention to the little red zigzag under their words. While spell check can’t save you from everything, it can prevent you from ruining a precious “buisness Oppurtuinty” like our friend above. If you’re really having trouble figuring out a spelling, use another word that means the same thing.

So what do you do if you have an email typed up and now you’re too scared to send it? You have a few options.

If the job isn’t worth hiring a professional, you can always ask a friend to read it over for you. Oftentimes, a second pair of eyes can identify mistakes we easily overlook. If you don’t have time for that, read your email out loud, word for word. Many mistakes that our eyes glance over become glaringly obvious when heard. Issues with spelling or punctuation can often be solved by using a synonym or rearranging the sentence. If you’re at the end of your rope, you can always post it online and wait for the grammar Nazis to show up. Haha, kidding…sort of.

Everyone has experienced the unfortunate grammar mistake. Leave a reply below and tell us about the funniest one you’ve sent via text or emailed recently.

Clarity Creative Group is a web design & internet marketing company located in beautiful Orlando, Florida. Unlike your pretend college buddy, we actually do have some exciting business ideas that can help carve out your own niche in the marketplace. We always love to meet with and help out new clients.

Tell Us About You & Your Business Needs

This helps us in making sure we know your business goals and see if we are a good fit.

Brands We Have Worked With: 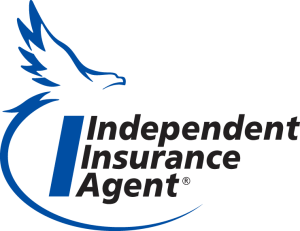